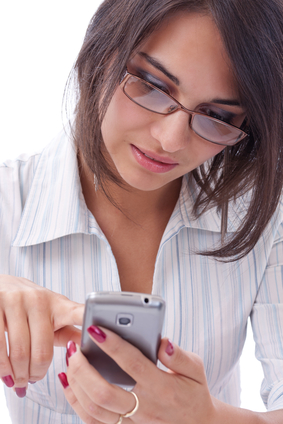 Smartphone apps are into everything nowadays! I really mean the word “everything” as they are leaving no stones turned. The latest of the apps to join the list of various categories is the app to detect hazardous cancer disease.

I hope most of you are aware of the fact that we have apps already for X-rays, measuring heart rates, etc.

Though the accuracy of these apps have been questioned by many scientists and researchers, the evolution of the apps can be useful to mankind to some extent undoubtedly.

It is certain they can’t replace a practitioner; however, they could tender us with some vital hints about the cancer symptoms allowing us to act early and prevent ourselves before our system getting worse.

Based on a few statistics and reports, I’m confronting you with this article. With a strong debate going on worldwide over performance of these apps and how good they are to mankind, having a discussion over this topic would give everyone a good insight over the burning issue.

With two sectors of people arguing vigorously all over the globe, it is necessary to pick up both their opinions to come out with a solution. Well, in this section, I would love take the arguments claiming that cancer detecting apps are in fact a boon to mankind.

Recently, I read in an article that a new smartphone app (they don’t name app yet) that has the ability to detect cancer with 100% accuracy and within 1 hour.

I know many hardly believe this! Because those who realize the severity of the cancer diseases will obviously know how long it takes to test the cancer cells in the human system and how painful it is! If I say the newly designed app could go a step further by distinguishing the difference between a benign tumors and malignant counterparts, can you believe that? But, it is the hot story cooking all over the world. Let us see some of the positive points that are put forward by different researchers on the favor of mobile apps detecting cancer below

Save Time and Money

Not only the treatment of cancer consumes a lot of money but also the process of diagnosis. Cancer diagnosis takes a lot of time and money. The long wait experienced by most cancer-affected patients would no longer be grueling.

With the help of the apps, they could easily refrain themselves from long queues and incorrigible long wait. As the apps are capable of declaring the results in just an hour, they can relax a bit and consult a practitioner as early as possible for further treatments.

In order to diagnose the cancer cells, in general a small tissue is cut away from the human system for testing. In other words, the patients will be constantly losing some pieces of cancerous cells on a frequent basis.

The pain associated with process of testing is hectic and incorrigible. However, using the smartphone apps, it just takes a few minutes to come up with a result without paining the patients. A complete read-out report will be generated within an hour quite easily.

Well, let’s have a look at the other side of debate and opinions from different researchers and practitioners who claim that these techniques are unreliable in this section.

A few surgeons and researchers who ran the apps on the different patients suffering from cancerous cells in their system have come up with a conclusion that most of the times the cheaply designed apps have not picked up the cancer cells or the tumors rightly.

Most of the time, the skin lesions are mistaken for malignant tumors and original cancerous cells are not detected.

Practitioners are strongly against these apps as with the given standards and built-in accountability, predicting their performance would be foolish. As most apps failed to pick the melanoma early, the patients may be misguided by the reports.

If the patients feel they don’t have any kind of tumor cells in their systems, as most apps fails to pick up melanoma, they end up with severe cancer systems which may even lead to death. So, never take your chances when it comes to diagnosing cancer using the smartphones.

Well, after listening to both sides of arguments, the smartphone apps have both the advantages as well as disadvantages.

A trustworthy point we could arrive at this stage from above discussions is never believe the smartphone apps devised for health care 100%, as electronic gadgets are always prone to defects and malfunctioning. Contact your regular practitioner and stay safe.

Zoya Bennet is the author of this article. She’s been a blogger since 3 years and holds her expertize in mobile Commerce. She has also written several blog posts on mobile application development.